By Gary Hansford
Back to news

The Government has today permanently cut Stamp Duty which is the tax paid when people buy a property in England and Northern Ireland.

The chancellor also increased the value of the property on which first-time buyers can claim stamp duty relief from £500,000 to £625,000.

The changes should remove arond 200,000 people from having to pay stamp duty the Chancellor Kwasi Kwarteng has predicted.

Home ownership is the most common route for people to own an asset, giving them a stake in the success of our economy and society," Mr Kwarteng told the Commons as he presented his mini-budget.

Lets hope this gets the Market moving along nicely again after the Summer Holiday lull. If you would like to know more do give us a call on 01202 582222 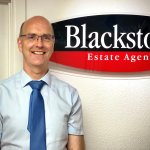 Gary Hansford
Partner
Kinson Bournemouth branch Email me
In 1981 Gary chose the path of a sales negotiator at a well-respected and successful agency in Winton. That path took him to Kinson in 1991 which also gives him some 30 years continuous and effecti...
END_OF_DOCUMENT_TOKEN_TO_BE_REPLACED